Here’s a fairly utilitarian chart of names.  Both given and family names can be generated by either just glancing at the lists, or by deploying a D20. Click the image to download a pdf of the Name Generator.

Further inspiration can be gleaned from judicial use of seventeenth-century censuses, lists of church members etc.  It’s surprising how many exotic names were popular, and of course there’s no reason why you should limit yourself to Anglo- or even Euro-centric custom.  The point is to have a smart resource that means your instant NPCs can be birthed at the drop of a hat without resorting to high fantasy cliché (unless of course you like that sort of thing).

Here’s a little module for you.

It’d function as a nice introduction for a 1st level party.  Or you could use it for one-shot fun.  Or whatever.

Steal what you need.

If you try to sell it I will haunt you:

The Importance of Appendix I: Dungeon Dressing

Appendix N receives a great deal of (justifiable) accolades.  The list of suggested reading is essential in understanding the rationale behind Dungeons and Dragons.  A few pages before that though, page 217 to be specific, is a tool invaluable to dungeon masters of all levels of experience: Appendix I: Dungeon Dressing (Miscellaneous Items and Points of Semi-Interest for Corridors and Unpopulated Areas or to Round Out Otherwise Drab Places).

Aside from displaying some wonderful Gygaxese, this collection of charts and lists forms an increasingly important resource for my dungeon creation, and for my other writing.  We have intellect-prompts for air currents, odours, unexplained sounds and weird noises, the furnishings of a torture chamber, and the contents of all sorts of containers, and many more.  I’d give these lists priority on my DM screen (if I used one) above the likes of movement rates or equipment lists.  They work equally well when preparing a dungeon, or when filling in detail on the fly.

Music plays a big part in the development of my Imagi-Nation.  Several distinct genres impacted heavily on the aesthetic of this faux-17th century, and I’m going to write them down here, as an appendix to Appendix N.

The wilderness came out of dark folk and the more ecologically-minded, misanthropic black metal groups.  I’d say the primary motivations would be Xasthur, Wolves in the Throne Room, Strangeweather, and Darkthrone.  The landscape is bog, heath, forest; wet with drizzle and draped in mist.  So are these groups.

Rule in Albion is devolved to local authorities.  Essentially, whoever owns the nearest manor house/ fortress/ folly is responsible for the security of the surrounding area (and those who live there).

Small towns make do with a magistrate to settle differences, and often rely on ‘the mob’ to right particularly pressing wrongs.

Crime at the level of peasant is practically nonexistent to the ruling classes.

Larger towns (or areas with a particularly benign or wealthy/ paranoid Lord) might have a detachment of soldiers garrisoned there, or a semi-professional watch.  Either way, a constable will often be a visible presence.

The constable will more-often-than-not be pressed into tax-collection and heavy-handed enforcement; rare is the constable who’s driven by a sense of morality.

Of course this is make-believe, so the constable, and the Watch, has duties beyond the historical model.  Monsters prowl the wilderness, interfere with trade, attack dignitaries etc, and it often falls to the constable to intervene – or at least make someone else do it.

Assume then that the constable (sheriff?) fancies her/ himself as a bit of a dictator, and that the calibre of those roped (blackmailed?) into working under them is only marginally above that of a common thug.  Obviously this isn’t always true, but where’s the fun in having respectable lawmakers?

They’ll need leather armour (maybe something heavier if you feel it’s appropriate), and will almost certainly have a rapier.  The more loathsome specimens make do with a cudgel.  Save as Fighter Level 1.  The Watch would be basic 0 Level types.  No treasure should be forthcoming.

The constable (and her/ his band of thugs) would make a cheerful random encounter, and would almost certainly turn up if a group of suspicious-looking player characters cause a ruckus at the local brothel/ start shooting fireballs in the temple.

The reign of Agnes I impacted heavily on matters of politics, society, and religion.  The daughters of aristocratic families were now educated, alongside their brothers, at the universities of Cragfast and Temple Lux, and as a result a new wave of young thinkers challenged the philosophical establishment.  Women now assumed positions of power, and within a few decades of Agnes’s death, any lingering dissent from an aging patriarchy dissipated.

Charles VII augmented his mother’s half-century of unopposed rule, and the nation increased its reserves of intellect and endeavor by 50%.  Stable gunpowder technology meant firearms began to replace the pike as the most effective means of waging war, and the army recruited women into its ranks in ever-greater numbers.

Secular science is now vital to the modern world, although the traditions of alchemy, magic, and religion still dominate.  Superstition and ignorance continue to hold back those living outside large towns, and the wildest parts of the countryside are still prey to creatures of the underdark, particularly the Drow.

The aristocracy is as entrenched in power as it always has been.  The enlightenment of Agnes did not reach beyond the ruling classes.  The majority of the people are still under continual threat from starvation, plague, and raiding beasts.

Most religious sects are tolerated, and the majority of the population continue to serve a pantheon of deities, although the influence of the monotheistic True Light of Albion (which split from the  continental Imperial Creed) is spreading.  Many foresee civil war.

It is a world in flux.  And everything is under threat.

On Kobolds with firearms I was just thinking. The image of Kobolds discharging flintlock arquebuses (supported by a forked rest, naturally) makes absolute sense.
I struggle to incorporate a lot of the humanoid/ demi-human races into my world, but giving Kobolds muskets and pikes (especially pikes, I know you’re grinning at the thought of it) lends the whole thing a suitably pulp aesthetic. So I did.
AC: 7
Hit Dice: ½ (1-4 HP)
Attacks: 1 (musket/ pike (pole arm)/ short sword)
Damage: by weapon -2*
Save as: Fighter 1
Morale: 6
Treasure: very little (!)
Alignment: chaotic
*This reflects lack of competence as well as physical weakness, so should apply to missile fire as well as melee.
Pikes would be used only in larger caverns, and only in greater numbers; they’d be about 10 feet in length, requiring at least 15 feet to manoeuvre effectively; rate of fire would probably mean gunnes would be discarded after a single volley. Remember, spent muskets make wonderful clubs.
Kobolds are natural cowards, but also experience childlike glee when inflicting pain upon others. The musket appeals to the (limited) Kobold mentality since it makes a loud noise, especially in the close confines of their natural environment, can be effective at relatively safe distances, and creates a dense bank of smoke behind which the Kobold might take refuge, flee, or prepare some kind of clumsy, desperate attempt at melee.
To reflect this, Kobolds, in the round after they discharge gunnes (whether or not hits were scored), count as if in cover.

Laurence Claxton is confused.  For 6 months now he has wandered the countryside becoming increasingly detached from reality.  He fluctuates between periods of revelatory spiritual enlightenment (during which he believes in the certainty of his salvation) and times of crushing despair when he is paralysed by the certainty of his assured damnation.

His appearance reflects his state of mind(s): his attire, ostensibly that of a dandy (all fine black silk and velvet), shows signs of serious wear, being soiled, threadbare, and torn.  He has not washed in months.

He will be courteous (to the point of fawning) or foul-mouthed and loathsome, and there is a chance (1 in 6 with whatever modifiers the DM deems appropriate) he will attack the PCs on sight.

If encountered he will approach the PCs and attempt to engage them in a spiritual debate (even if he has already attacked them).  The slant of his argument will depend upon his current psychological state (50% chance he is assured of salvation or damnation).  He will offer to join the party and can be added as a henchman for no charge.  He acts as a level 2 Cleric (give him 9hp and something useful like Cure Light Wounds) but the party will incur a penalty of -2 on all attempts to move quietly and to all CHA-based checks due to his strange (and loud) behaviour.

Each PC must pass a CHA check every day; failure means Claxton’s ranting drives that PC (or PCs) to attempt to murder him, with the associated implications for alignment etc.

Assume he’s wearing the equivalent of leather armour, and that he’s carrying a medium weapon (whatever suits your milieu – I’d suggest a rapier and flintlock pistol). 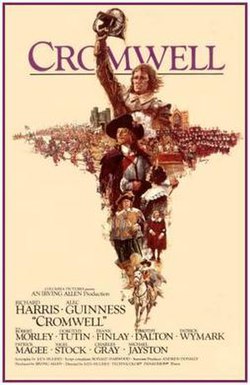 The idea was to borrow the appendix to Weird Fantasy Roleplaying by James Edward Raggi IV, regurgitate a lot of material I researched for my PhD on nonconformist writing in Seventeenth –Century England, and filter both through a Vivian Westwood/ Hellraiser/ pulp aesthetic.  It would be Anglo-centric because it’s my world, and I know a bit about the 1640s/ 50s/ 60s in England; and there’s enough political, social, and religious upheaval there to fuel a fantasy campaign that’s not in thrall to Conan or Bilbo Baggins.  The whole thing would be system-neutral, but swing toward Basic D&D and the OSR movement in general, because I don’t like learning rules, but I do like making things up on the spot.

So it’s pike and shotte, but in no way historical.  It leans heavily on what did happen (in an allegorical kind of way that Tolkien would hate, and Bunyan would love) but is suitably make-believe that kobolds, hobbits, and gelatinous cubes can sit alongside witchcraft, regicide, and ranters.

Everything on here will come with a Creative Commons license, so do what thou wilt with it, but please mention me, and don’t sell the results.